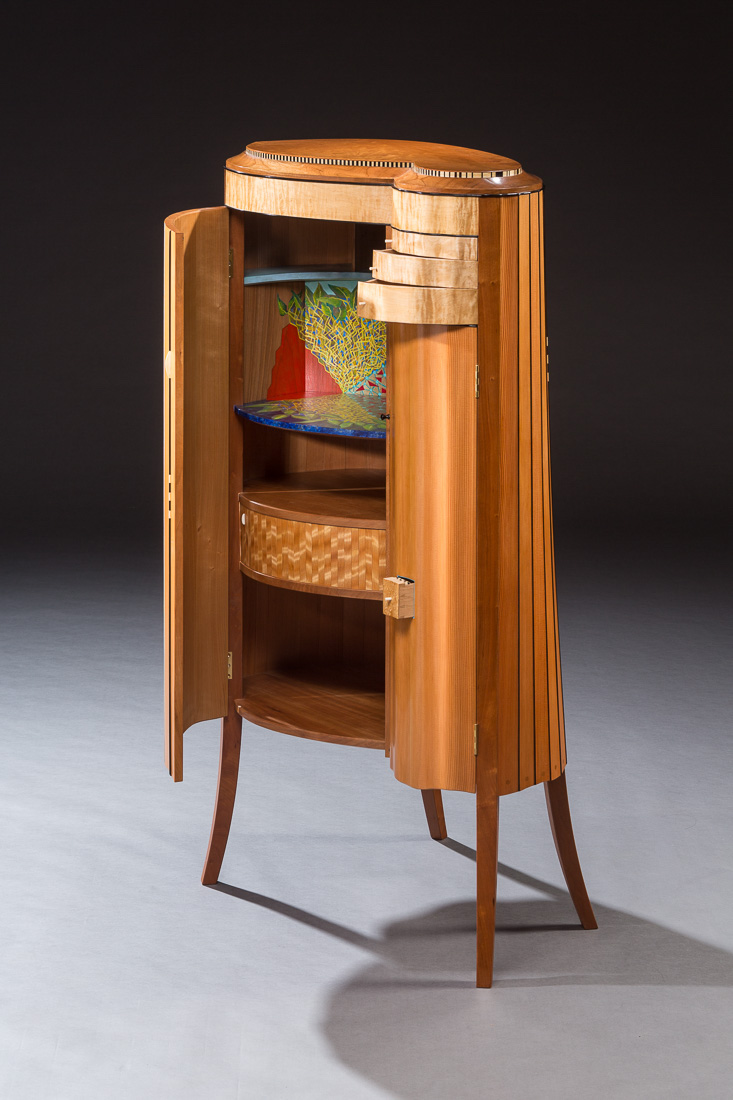 Outside In is a commissioned piece that Garrett and I spent many hours dreaming about. Our clients gave us free reign to create our best piece with a focus on Garrett’s exceptional ability to blend shockingly difficult engineering with forty years of practice in his craft. While we spent many an hour discussing design, once we had a path it was all Garrett’s ingenuity that brought the piece from mock-up through to the final tiny decorative details.

Wood curves in all directions both outside and in. The case is coopered to flair and ripple with beautiful splines of ebony between the Douglas fir staves. Inside, patterns are created with flame birch on a tambour and as backing to shelf niches, as well as in my painted details. There are 22 drawers hidden within, and the right door of the cabinet only opens if you know how to align the colored stripes of the swing-out drawers.

While I’ve painted on quite a few of Garrett’s pieces, this piece was an opportunity for me to contribute a mostly hidden personality that only revealed it’s full extent once the elegant exterior doors are opened.

My work is fundamentally anchored in how energy moves through the tactile world. As the design of the cabinet came into focus, the combination of pure color field, leaf imagery, earth, (in the form of Lapis lazuli), sky, and energy moving on a micro scale began to assemble itself into a dynamic and fun counterpoint to the tailored exterior.

The “proscenium” that is revealed behind the main door hides secrets. When you see paint on this piece, it signals that there is another level of Garrett’s whimsical cross-examination of conventional furniture craftsmanship to be discovered. 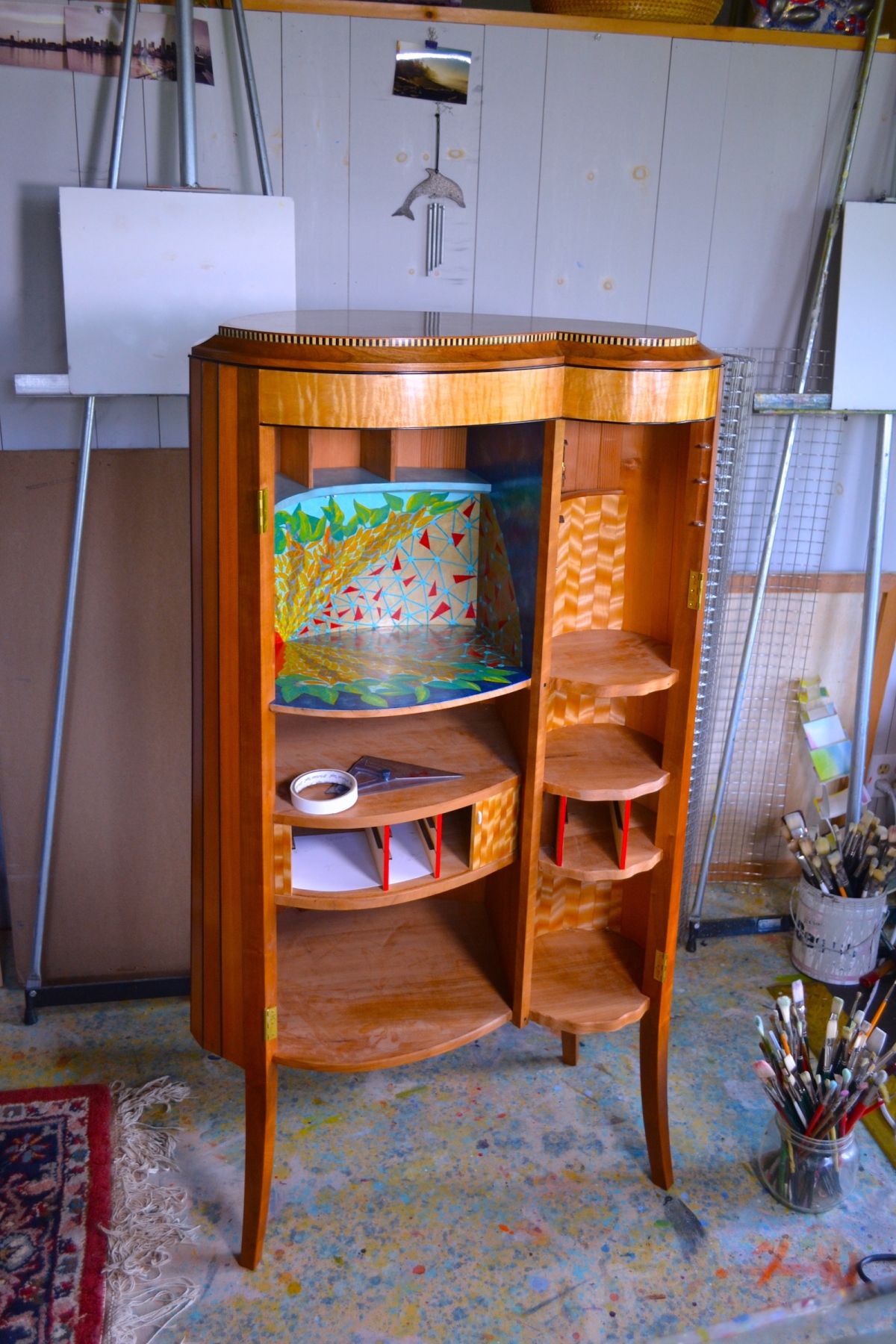 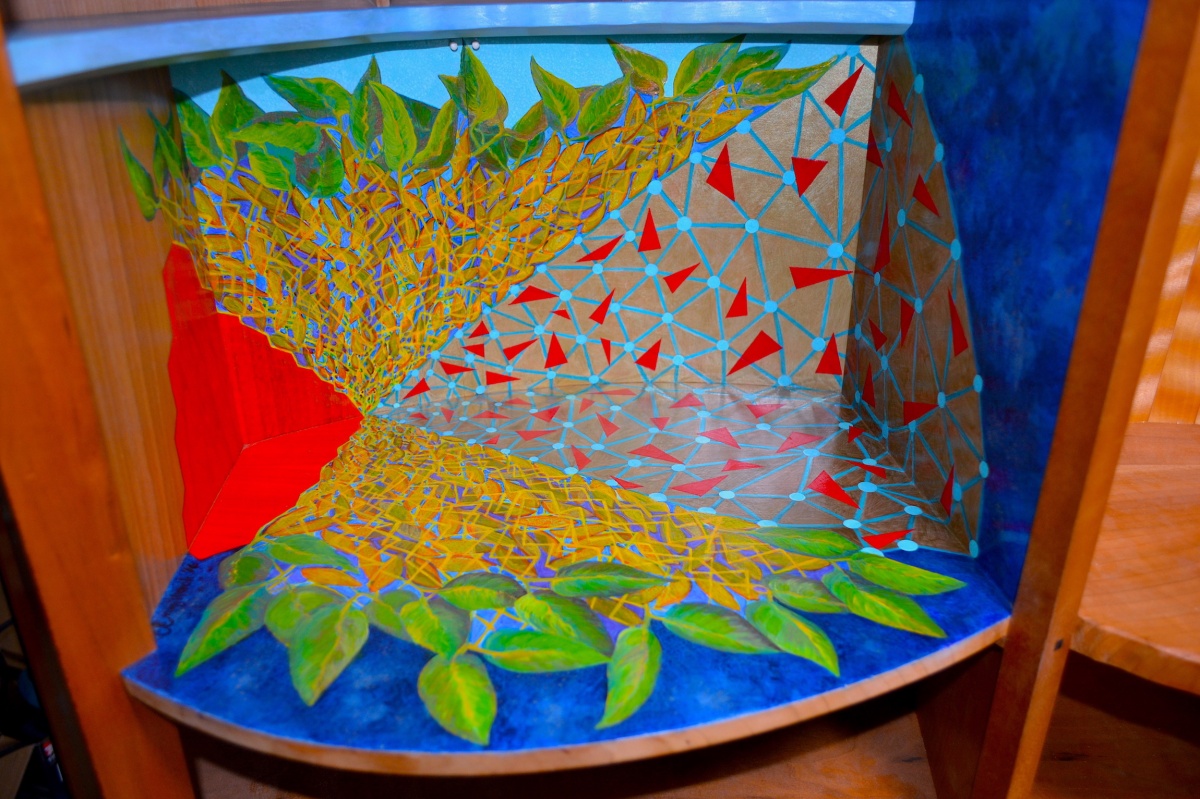 Outside In “proscenium” paint detail 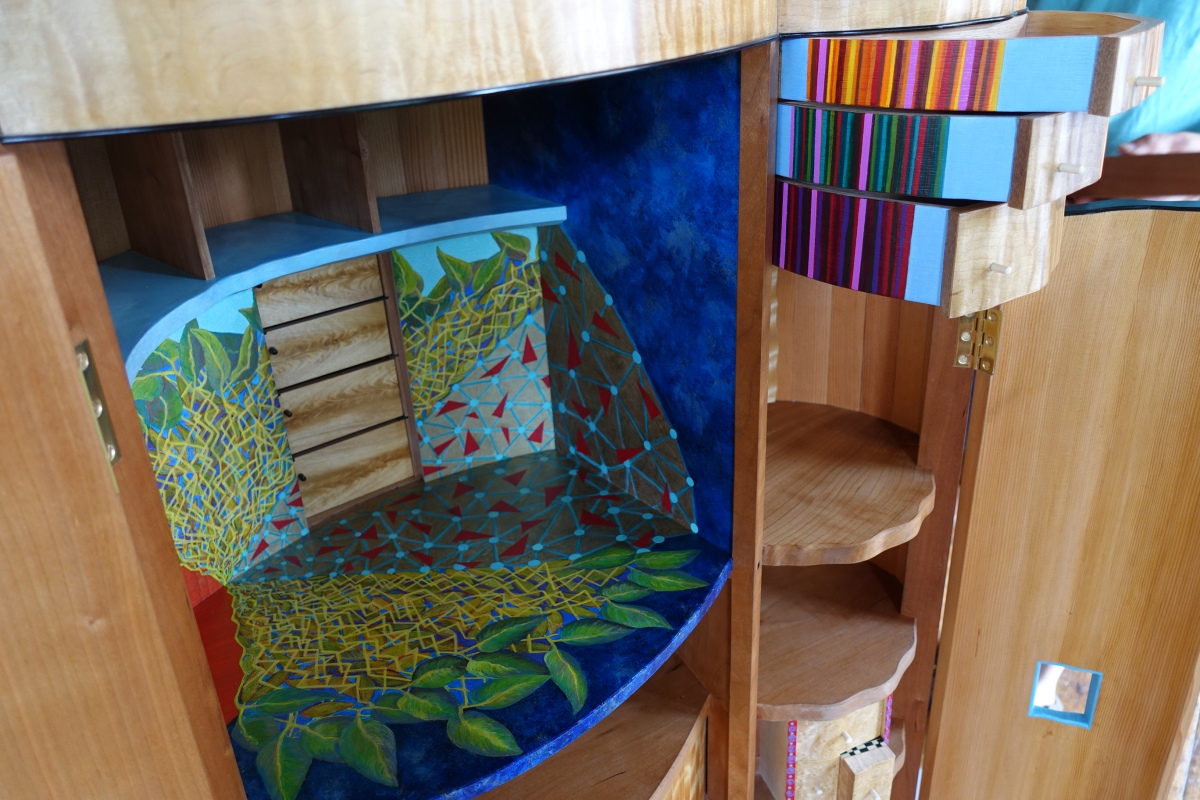 Outside In open doors:drawers detail

Outside In open doors detail

Outside In door textured paint